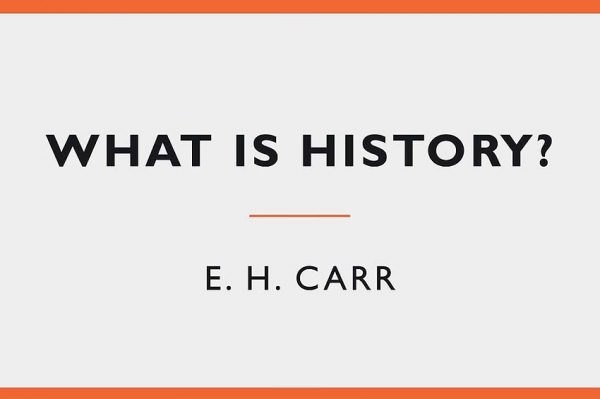 What is History ? by EH Carr, Chapter 1: Historians & their facts

What is History? by EH Carr 1961 a compilation of the George Macaulay Trevelyan Lectures delivered at The University of Cambridge in 1961.

I’ve been sneaking up on the meat of this topic slowly but EH Carr and later Jared Diamond represent the meat, though there is much more to come. The previous What is History? articles have been 1 An Introduction, 2 Sleep Patterns 3, The Medieval Mind, 4 Love. They were part of a softening up process to indicate that history is not just about kings and famous individuals, that one can view history from different directions to those normally chosen by historians and that writing about and understanding history is not at all an obvious process and is in fact very difficult.

With Carr one examines mainstream history and historians. He shows in a brilliantly witty and erudite series of lectures that the process of studying history is not at all straight forward. However, since Carr’s 1961 lectures the study of history has come a long way and I certainly am optimistic about its future. If one had to sum up Carr in one sentence, in his words, it would be:

The belief in a hard core of historical facts existing objectively and independently of the interpretation of the historian is a preposterous fallacy, but one which it is very hard to eradicate.

This article will deal only with Carr’s first lecture.